Tranced by the Manta Dance

Every year around the months of September to the end of November in North Kaafu Atoll a spectacular show starts around the reefs of the small islands - Manta Rays (Manta Birostris) start gathering. First in small numbers and then more and more until they form huge groups. Manta rays may reach a disc width up to 670 cm and there have been reported sightings of 910 cm width; specimens of 400 cm disc width or more are common.

Manta Rays are harmless as they have no sting or venomous spine.

The rays feed on plankton (plankton is made up of microscopic plants and animals). It is amazing that something that gets so big in size feeds on the smallest micro animals that live in the ocean. The planktonic organisms are ingested through the rays wide open mouth and sieved through the gills. The gills are designed as complex filtering plates.

The rays are capable of rapid speeds and will sometimes leap high out of the water, landing with a loud slap.

Where manta rays gather there is a possibility that you might see a mating dance - several males chasing a single female each displaying its own acrobatic skills, competing with each other for the female. Females can sometimes be seen with a swollen tummy indicating pregnancy. The rays are often seen in shallow water whilst feeding on the surface.

The Manta Rays are sometimes seen circling around big mushroom corals for hours and hours, not only one but sometimes in big groups.

It is at times like this that as a diver you can almost fall into a trance watching the “show” that they put on!

The real reason for the rays gathering around the big coral heads is that when they are traveling from Atoll to Atoll (the Manta Ray is a pelagic ocean traveler), following their food source, tiny white parasites start to feed on the skin of the rays. The big corals where the rays gather is actually a “cleaning station”, ie. the home for a number of fish that feed on parasites living on other marine life. These fish are from the Wrasse Family (Labridae) eg. the Blunthead Wrasse (Thalassoma Amblycephalum) and the Cleaner Wrasse (Labroides Dimidiatus). The rays hover above the coral heads waiting to be cleaned by the wrasses. Once they have been cleaned they glide back to the ocean leaving space for another to be groomed and so the cycle continues for a long time.

During the plankton season rays can be found in many sites around North Male' Atoll. Some of the most popular dive sites for manta are Lankan (Paradise Island house reef), Furana Thila (a small channel north of Furanafushi island) and Sunlight Thila (close to the island of Thulhagiri island). Visibility during these months is normally not so good. Even so, the worst visibility you can have is about 10m.

Very little is known about how the rays travel from atoll to atoll, whether they use the same route every year or how far they travel. However, some rays have been seen returning to the same dive sites year after year.

Every manta ray has a different marking on the belly. These black patches can be used to identify the different individuals.

The two most common breeds of rays known to be found in Maldivian waters are:

The name for manta ray in Dhivehi is Enn Madi.

DiveOceanus, located in all Villa Hotels five properties,  arranges these daily visits to these manta sites. Enjoy competitive discounts when you book through our official website VillaHotels.com. 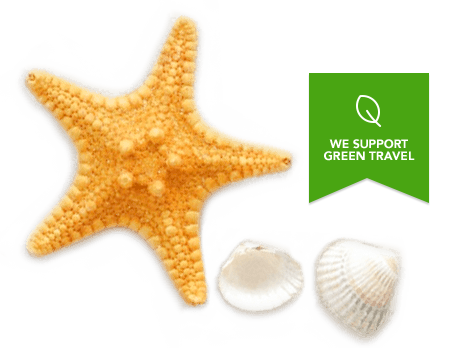 Green travel is an overarching term used to describe responsible travel practices that focus on economic, socio-cultural, and environmental sustainability. Green travel is about making sure that travelers choose businesses, tour operators, and transportation methods that maintain and preserve the ecological integrity of the environment and contribute to local community development; meeting the needs of the present without compromising the needs of current or future generations.